I finally got to see Nightcrawler, starring Jake Gyllenhaal and Directed by Dan Gilory. Dan Gilroy has written films like The Bourne Legacy, Nightcrawler and it has been announced he will be writing Stan Lee’s Annihilator.  Jake Gyllenhaal needs no introduction, if you don’t know who he is.. all I have to say is… BROKEBACK MOUNTAIN.. You will understand what I mean by that.

Jake Gyllenhaal plays the character Louis Bloom who is desperate for work, and started a driven passion for L.A. Crime Journalism. Finding a group of freelance camera crews he realize the true reality of Nightcrawling. Each Police Siren, Victims, Tragic events transformed into money. Louis Bloom becomes so passionate about Nightcrawling, he took extreme measures to get the perfect story. 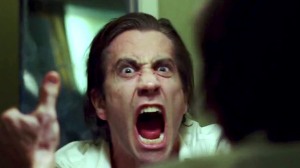 When I first saw this trailer it draw to me but then again I was not fully invested because there have been films where i was so invested and my investment wasn’t what I expected at all. I think Jake Gyllenhaal is a good actor. Films like Brokeback Mountain, Cult Classic Donnie Darko, Jarhead and Brothers proves is a good actor.

Jake Gyllenhaal delivers a great performance in this movie. It is a masterpiece of our time and I would not be surprised if it gets an oscar nomination. It’s filming style reminds me somewhat of the film Drive  however, Dan Gilroy did not direct, write nor produced the film Drive. I do recommend this film if people are interested in Thriller, Crime and Drama. If you have not seen the trailer of this film, I highly recommend you do so.

(Click on the photo below to see the trailer) 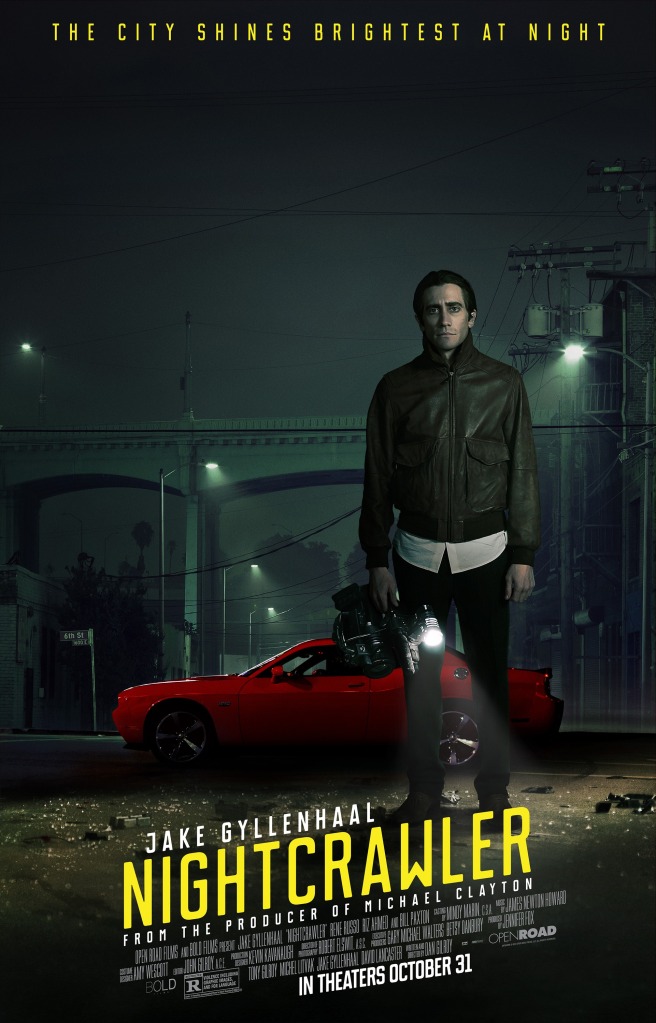