Long time but let’s get right into it.

On Netflix, there is a documentary called Nicky’s Family. I am a person who likes to watch history documentaries, especially european history. This documentary was so fascinating.

Nicky’s Family is about a man by the of Nicholas Winton. A British man who went to Prague, Czechoslovakia during World War Two and saved over 600 Jewish children. 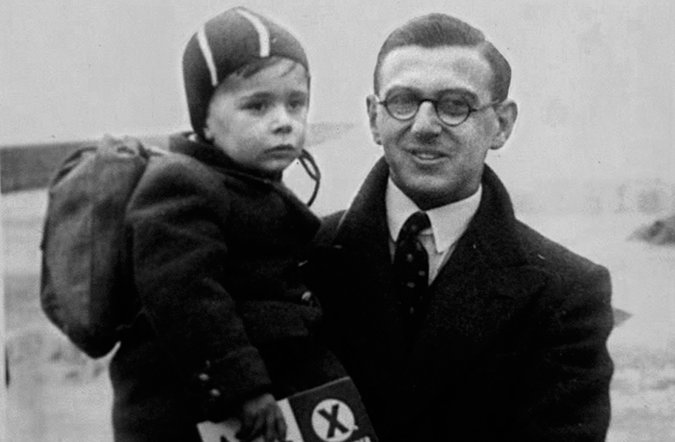 (Nicholas Winton at the age of 29, holding one of the children he had rescued)

It was never came to light until many years later when his wife finds a scrapbook of all the children he had saved.

Nicholas Winton did it by making circular ads, with the children’s photos. He even asked help from the US Government so he can save more children, but the US denied and said they could not help.

The children were taken to Great Britain and were adopted by families.

The rescued children never knew how they were saved until years later. Nicholas Winton was told he will take part in a TV show. Little did he know he was going to see the children he saved.

In 2003, He was Knighted by Queen Elizabeth II for his services to Humanity. In 2014 he was awarded the highest Honor of the Czech Republic, The order of the White Lion.

A humble man, who was not interested in being known for helping these children, is now known around the world and he absolutely deserves it.

Nicky’s Family explains how he did saved the children, what happened to those children and Nicholas Winton.

I was extremely moved by this film, and this story. I give this 5 film slates, This was too good of a story itself, so it became a great film.

If you have Netflix, I recommend to be check out!!

If you haven’t subscribed to me, I don’t know what you’re waiting for! Subscribe!